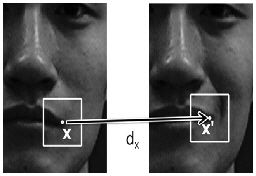 It will be not long before a machine read your facial expression and mind. A team of researchers led by Prof. Kim Dae-jin at Pohang University of Science and Technology (President Baik Sung-gi) said it developed a technology that is capable of reading four different facial expressions of humans, including joy, anger, and surprise.

Prof. Kim's team plans to use the technology in improving the quality of life for the elderly and the disabled. By analyzing moves and behaviors of elderly shut-ins and the handicapped and understanding their intent, the team plans to develop advanced technology than can be applied to robots, among other devices.

To this end, Prof. Kim's team is conducting the research jointly with a research team led by Prof. Takeo Kanade, a world authority in robotics vision at the Robotics Institute in Carnegie Mellon University in the United Sates, with financial support from the World Class University (WCU) program of Korea's Ministry of Education, Science and Technology.

Meanwhile, the British public scientific magazine, New Scientist, recently introduced Prof. Kim's research in an article, saying that it will not be long before a machine will read facial expressions of humans, how ever minute expressions are.