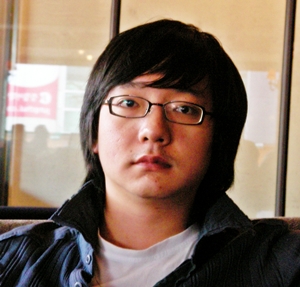 Korean researchers have presented a new approach to the "peak effect (PE)," one of the characteristics of a superconductor, or a material that can reduce energy loss as electric resistance disappears at ultra-low temperatures.

A research team including Jang Dong-jin, a doctoral student in the department of physics at Pohang University of Science and Technology, and Prof. Lee Sung-ik at Sogang University, said on August 3 that it had discovered that the isotropic vortex system of superconductors affects the PE.

To conduct the study, the research team used MgCni3 single crystal, a superconducting material that is relatively consistent in layers, and in which one can monitor the PE in a low magnetic flux. The team discovered that an increase in the frequency of the current (driving frequency), which is streamed to monitor the magnetic flux that penetrates in the form of a vortex into the superconductor, was accompanied by the gradual decline and then ultimate disappearance of the PE.

The team thus found that the vortex dynamics within the superconductor, which is created due to the magnetic flux, is closely related to the PE, illustrating that research on this phenomenon is essential to identifying the cause of the PE in the future. The study was published in the latest issue of the "Physical Review Letters," a leading journal in the physics field.

Jang said, "If we identify the mechanism of the PE through the study, we will be able to use a superconductor at a high temperature, which will allow us to use energy much more efficiently." He added, "Notably, since our team is the only research group in the world that possesses MgCni3, we are relatively better positioned in the study than our rivals."