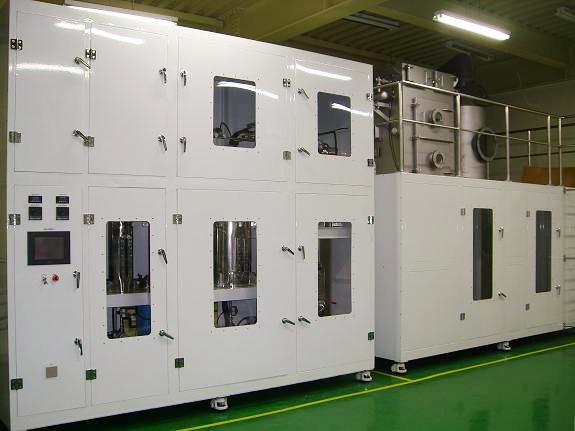 Product costs half price of foreign products, saves energy by over 30 %.

Korean researches have developed a process technology for Aerogel, which is known as a "Dream Insulation Material," as it was used as insulator for Sojourner, the Mars expedition robot, in 1997.

Korea has been developing the technology for years, but has had difficulties penetrating the market because it failed to secure core technology held by advanced countries. However, the development of the new technology has led to the establishment of production facilities for the first time in Korea, which can churn out up to 50,000 tons of prototype product of silica Aerogel powder per year.

Conventional facilities for commercial production of the material use supercritical CO2 drying process, which requires high pressure equipment in addition to very costly material (Alokoxide: 96800 won/kg), but in the newly developed process, water glass, a general industrial material, is directly put in, and a new technology is used, which processes surface reforming and the reaction for transformation into gel simultaneously, and which allows for the adoption of a Fluidized Bed-drying process that is capable of drying the material successively, which in turn drastically reduces the production process and process time.

Compared with the conventional supercritical carbon dioxide-dependent drying process, the normal atmospheric drying process technology can save 25,900 toe/year during energy processing; and 200 toe/year in sewage treatment, and thus save a combined annual total of 26,100 toe (7.8 billion won). As such, the new technology is expected to drastically reduce energy use and costs for environmental processing.

In particular, silica Aerogel powder that is produced using the newly commercialized technology boasts quality and performance on par with foreign products currently available in the market in terms of physical property. It also is expected to cost less than half the price of foreign products, which are sold for 130,000 won per ton.

More than anything, the achievement is significant because Korean scientists have developed outstanding core technology that overcomes technology held by foreign companies. The Korean researcher submitted application for six patents for the technology.

Ahn Young-soo, the head of the research team, said, "Since we now can mass produce costly silica Aerogel powder, which Korea relied solely on foreign imports thus far, at less than half the import price, the material industry will likely be activated. Cost saving resulting from the new technology will reach more than 30 percent in the areas of construction and industries. Since, Aerogel boasts extremely high isolation capacity, is harmless and inflammable, and generates no toxic gas in the event of fire, the boundary of application of the Aerogel insulation material will likely further expand."