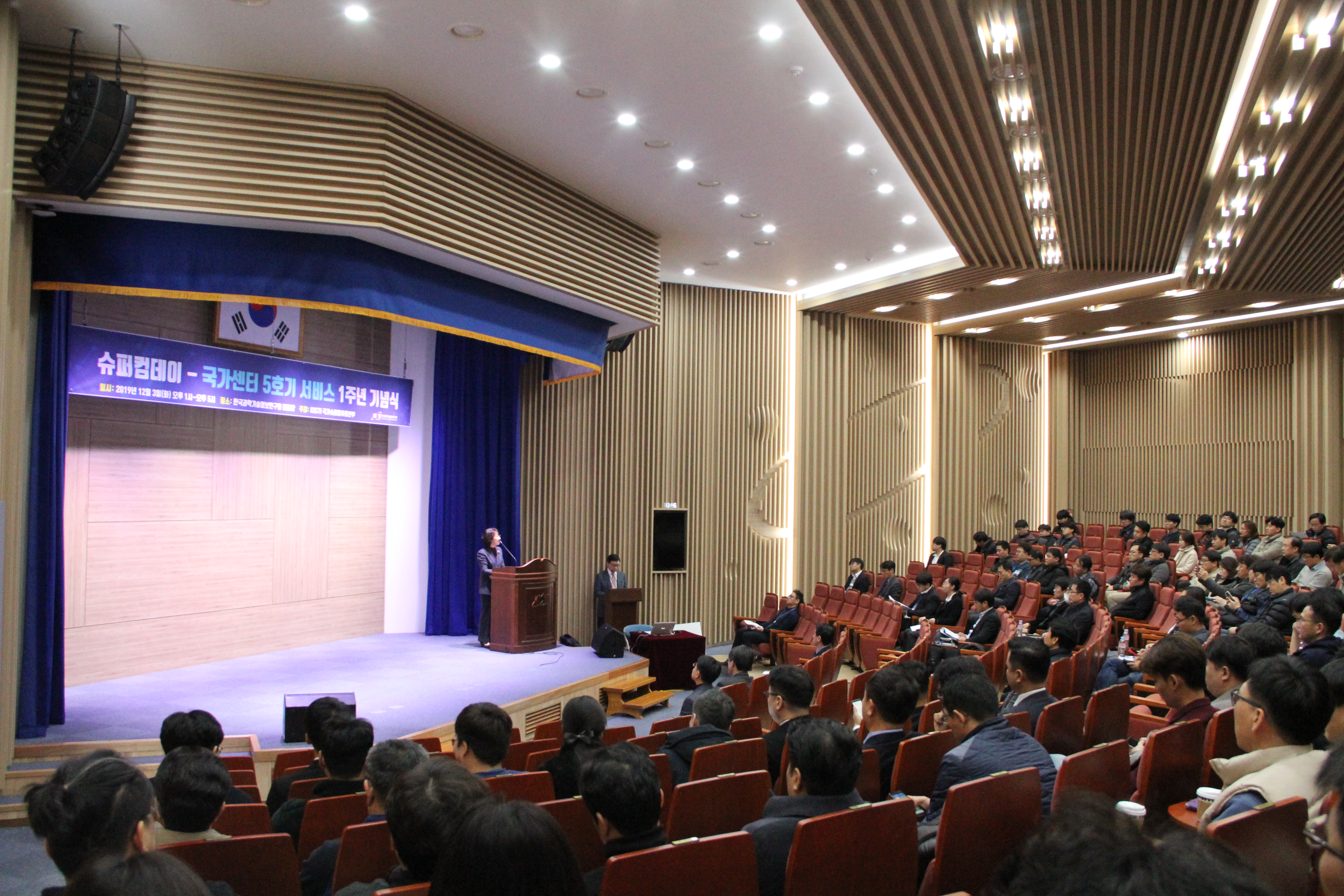 KISTI had the opening ceremony of NURION, the 5th supercomputer of KISTI, in November, 2018, and has been operating from December in that year. To commemorate its 1st anniversary of the supercomputing service, NURION's current conditions of differentiated service and research outcomes have been introduced at the ceremony.

NURION has accomplished more than one and a half million calculations of 140 institutions and about 2 thousand researchers for the period of one year. This shows us that NURION has been utilized properly by Korean researchers and has helped them achieve some excellent results to lead the future.

KISTI has provided NURION's supercomputing resources without compensation for research projects selected from the R&D innovation-supporting program based on HPC. For example, NURION has helped 141 research projects such as the research of deep-sea robot behavior in the extreme environment of the ocean floor and the research of carrier of liquid organic hydrogen for saving and transfer of large scale of hydrogen.

KISTI has been also cooperating to solve world-class gigantic research questions. By providing 2,500 nodes of its supercomputer, KISTI has supported one of the largest scale in the world of cosmological simulation and the research to find inconsistency of the Standard Model which is the basis of Physics. In addition, NURION also leads precision medicine of the future by supporting the project of the next generation genome-wide sequencing of about 1 Petabyte(PB) big data. Furthermore, KISTI already developed high-performance massive parallel processing technology which is capable of utilizing more than 100 thousand cores and it has helped KISTI support researchers to conduct gigantic researches efficiently.